The past eight years America has had an ineffective president, not because he didn’t try, but because so many refused to work with him and give him a chance.  What this country needs now is four more years of ineffective leadership because so many people refuse to give the new guy a chance.  Regardless how you feel about Obama as President or feel about Trump as the President elect, both of these men were elected by the same Electoral College that represented the will of the people.  Some screamed for eight years that Obama was not their President, and now some are screaming Trump is not their President.  The truth is Barack Obama was America’s President and now in a couple of months, Donald Trump will be America’s new President.  That is the truth whether you can handle it or not!

However, I am not sure America really wants the truth.  It has become obvious the only truth America can handle is the truth as each individual sees it.  We are no longer a collective nation of patriots with the common sense to embrace the good of all people.  Today, the collective patriotism of America extends no further than individual agendas.  As a nation, we clamor for the truth, yet we prove over and over we can’t handle the truth that we are one nation made up of many diverse groups and ideas rather than one group’s idea for a nation.

The wisdom of our forefathers gave us America’s truth; it is called the Constitution of the United States.  A Constitution that was never envisioned to be interpreted along the lines of politics, religion, or personal agendas but rather intended to be interpreted with common sense and respect for ALL citizens.  That is the truth, and America needs to relearn how to handle that truth.  Until we do, the division in America will continue unabated.  Anyone who cannot handle that truth is a part of the problem.

The Truth Whether You Can Handle It or Not?

Can you handle the truth? 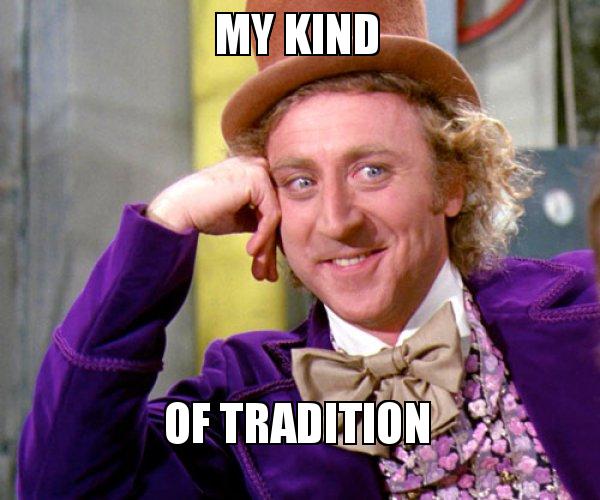 Reading is extremely important in my family, but not just any reading.  I am talking about engaging in scholarly, mind bending, and soul inspiring literature that stiffens the backbone and jolts emotions into overdrive.  I am talking about a passion that has given birth to a family Christmas tradition.  A tradition, so indoctrinated into the lives of my two sons that Christmas would not be the same without it.  Every Christmas for years I have presented each of my sons a special book that I often spent minutes picking out at a local book store.  Seeing the anticipation and excitement in their eyes and the misty jealousy in the eyes of their spouses on Christmas mornings is a highlight of Christmas for me.  Sharing in their love of reading, if only for the brief moment it takes them to unwrap their special book and lay it aside, is simply invigorating.  It brings so much joy that this past Christmas I included my oldest grandson in the tradition and gave him his first special book.  Like his uncles, I thought he coped extremely well.

There is only one book that can command such attention and devotion.  Only one book is tantalizing and fascinating enough to inspire a family tradition, yet it is seldom found in libraries or on home bookshelves.  It is a book that is most often found with dog-eared pages and stained covers lying at the foot of the thrones of kings.  Actually, a series of books with over 15,000,000 copies in print, it is a mainstay in homes across America where it holds a place of prominence in America’s number one conservative and liberal “think tank.”  Of course, I am talking about the one and only Uncle John’s Bathroom Reader.

With over thirty titles and counting in print, these books are filled with a perpetual cesspool of titillating facts, humor, and trivia that only true connoisseurs of knowledge can appreciate.  These books are conservative America’s answer to such classics as The Great Gatsby and Pride and Prejudice.  Instead of feeling like crap muddling through and trying to stay awake reading such classics, readers of the Uncle John books can engage in flitter flatter of the brain while anointing the throne.  Unlike the classics that so often beckon with the glow of a flashlight with dying batteries, Uncle John’s Bathroom Readers come at you with the blinding splendor of a lighthouse on steroids.  The books are glaringly void of substance, yet thick and wickedly subtle in wit, and although, they may range from thought provoking (it happens) to pure crap (no pun intended), they are rarely boring, so get out of the way Fitzgerald and Austen.

For the discerning reader with a savory appetite for Americana, “The Bathroom Reader” is the ultimate escape.  Indulging in it brings a sense of WOW and clarity into the normal everyday drudgery of life.  You never know what awaits you in an Uncle John’s book.  As a Christmas tradition, it might appear weird or outrageous, but what other tradition can evoke such Yuletide excitement from the kids as, “Really?  Again, this year?;”  “Dad, why?;” “But, Dad, you gave me a paperweight last year!;” or “Thank you, thank you, thank you!  This is the one I needed to finish the ottoman at the foot of the toilet.”  Giving such a thoughtful gift brings a warm satisfied feeling, but the knowledge that I am giving my sons and grandson (I guess my daughter and granddaughters could be included if they also had problematic taste) something they can treasure for a lifetime is the ultimate holiday thrill.  It is truly a tradition that brings tears to the eyes of loved ones.

However, there are some who may doubt the worthiness of a Uncle John’s Bathroom Reader as a Christmas tradition, but such doubts will be put to rest once they view the sample slices of bathroom wisdom in the following chart.  I am confident these gems will encourage others to start their own Uncle John’s Christmas tradition; it’s not half as crappy as it sounds.  Ask my sons and grandson!  The books have so many uses; for example, they make great pee-pee stools for the little boys in the family!

P.S.   To my sons: Look through your inventories of Uncle John books, and send me a list of the titles you have, so I don’t get you a book you already have for Christmas.  I wouldn’t want to spoil our Christmas tradition.

The name calling, theatrics, and worrying are almost over.  After nearly two years of scandal, controversy, and boisterous policies that often beneath their rumbustious surfaces lacked sensitivity and understanding of the fears and vulnerability of the American people, the race for the Presidency of the United States is thankfully coming to an end.  Political campaigns traditionally offer little substance, but the 2016 campaign will most likely go down in history as the loudest campaign with the least substance of all.  Fortunately, come Tuesday, voters will decide which of the two most despised presidential candidates in history will lead the nation for the next four years.  Some will rejoice for the victor, but most will sigh in relief that it is over regardless who wins.

Wednesday morning, November 9, will definitely bring a sense of relief and hopefully peace.  In America’s most contentious and bombastic election, the American people have been played and manipulated to the fullest.  They have been baptized in ignorance, misinformation, and deception to the point they are disgusted with the whole ugly process.  The credibility of both political parties has been greatly compromised and both will most likely be stained for years to come.  Most people will agree, it would have taken a complete “do over” to lend any credibility to the campaign, but that was impossible once the political machine was rolling.

Politics have always been about sleeping in the bed you make, and unfortunately, during the 2016 presidential campaign, the people were forced to sleep in the lumpiest, most bizarre, uncomfortable political bed of all time.  Millions tuned into the news and social media each evening hoping to gain insight into a campaign that often resembled caricatures of the blind leading the blind.  During a campaign conducted more for the benefit of the two parties than the American people, few of the voters’ questions were answered in a sincerely honest way on either side of the fence.  Their questions and concerns were lost under the smoking cover of deleted emails, lies, misinformation, barroom antics, and locker room talk.   As a result, America is likely to remain doomed to crawl under this rhetorical fog for at least the next four years and possibly much longer.  Therefore, in one last attempt to get some clarity, there are six questions, as legitimate as the 2016 campaign itself, that the winner needs to address before he or she takes a two month hiatus from the public to begin the transition to the White House.  The questions may be uncomfortable, but no more so than the discomfort experienced by most Americans during the travesty of the election campaign.

Questions for Mr. or Mrs. President

To some, these questions may seem a bit shallow, but the odds of getting a legitimate deep response to any question after the election are even greater than the odds prior to the election.  Face it, the Democrat and the Republican Parties, have taken Americans for an old fashioned hayride soiled by bull poo.  Though it is highly unlikely the election process is rigged as claimed by some, it has been clear for quite some time the legitimacy of either candidate for the presidency is highly flawed at best.  The only consolation is that maybe when we tackle this process again in four years, we will pay closer attention and get it right the next time.  Until then, Americans will sleep in the bed they and their political parties, which lately only pay lip service to representing the people, have made for themselves.  The coming four years may be rocky, but we will make it through them.  How do I know?  It’s simple; there are too many deep rich pockets involved for the future of this country to go any other way.

Yesterday, I watched a leaf dressed in orange, red, and yellow let go its hold of the mother tree and spin lazily to the ground.  A leaf,when green, I barely noticed.  Watching its descent, I marveled at the grace frozen in that simple moment.  No struggle, no effort to delay the journey, the leaf simply let go.  The green leaves whispered goodbyes as it danced downward pass them limb to limb before breaking free beneath the canopy.  It spun, dipped, and hovered over color clad siblings waiting in loose piles; piles until now I had barely noticed.  Settling, it lent its color to the harvest hues of others, and there it lay stirred only by the slowly dissipating murmurs of its brothers and sisters turned brown at the edges.  The leaf, when green, I barely noticed – the one I took for granted – closed its eyes and slept.

Life is at its fullest when we live to make memories with those that matter.   When the leaf was green and full of life, I barely noticed it at all.  I missed it budding, the first time it celebrated the warmth of sunlight, its first taste of rain, and the spider that wove its web from its stem to the branch.  I took it for granted.  Not until, by chance, I caught the leaf’s last dance did I understand the finality of waiting for tomorrow – tomorrow can never replace the warmth and joy of the present.  The time to embrace family, friends, and even a leaf is before each becomes a memory.  It’s sad. but candles often burn out before tomorrow.